Having previously climb Metal Dome, Peak 2074, and Brandywine, Lindsay and I opted to head up the central gully on the Brandywine Massif and wander along the ridge to the east of Brandywine’s summit bagging aptly named liquor themed peaks.

Brandywine Valley was ideal as with my injured foot we were able to drive within an hour walk and only 150 vertical meters from where we camped – however, it was still not the best idea.

On the first day we practiced building snow and rock anchors and haul systems for glacier rescue. 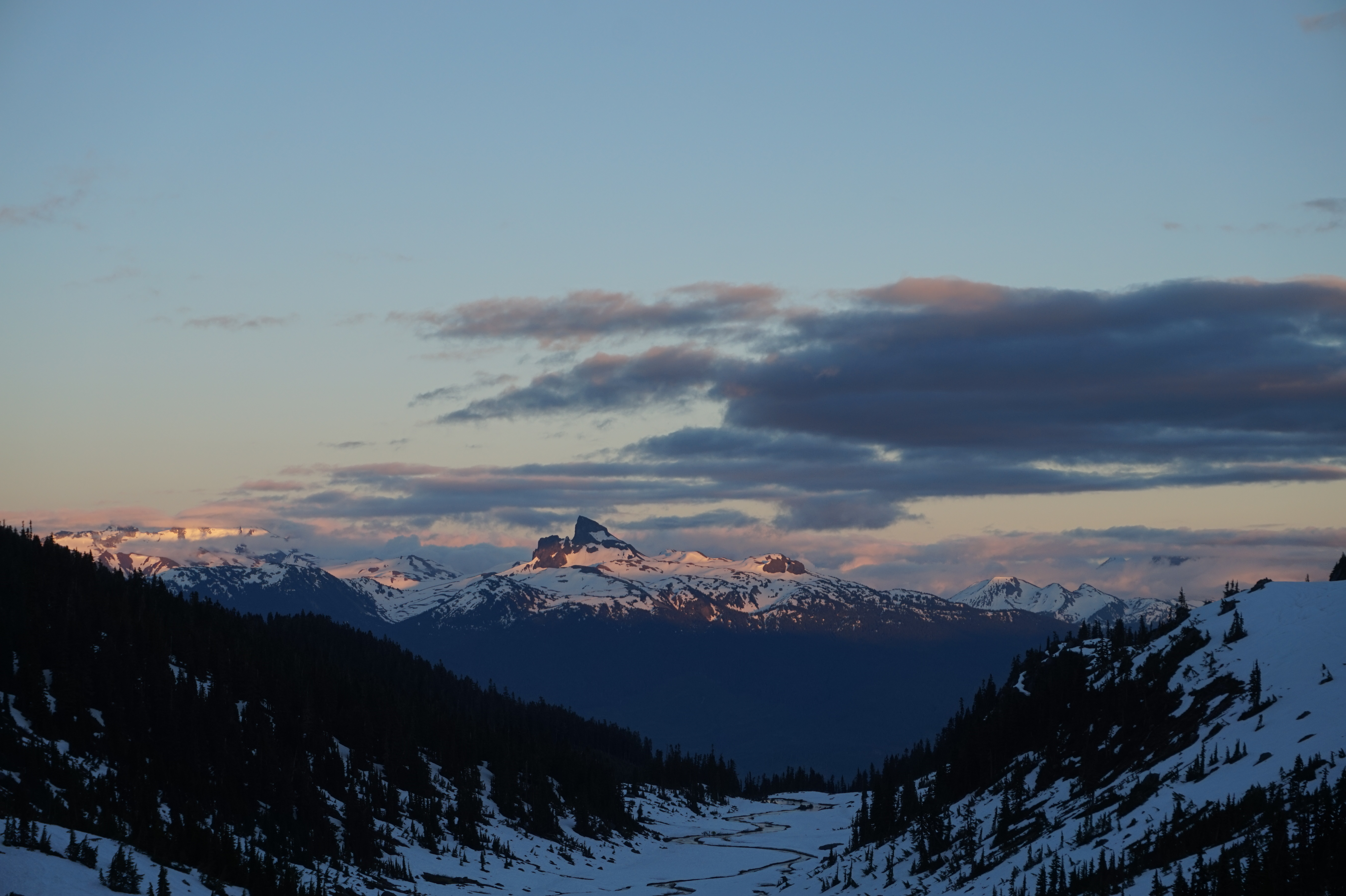 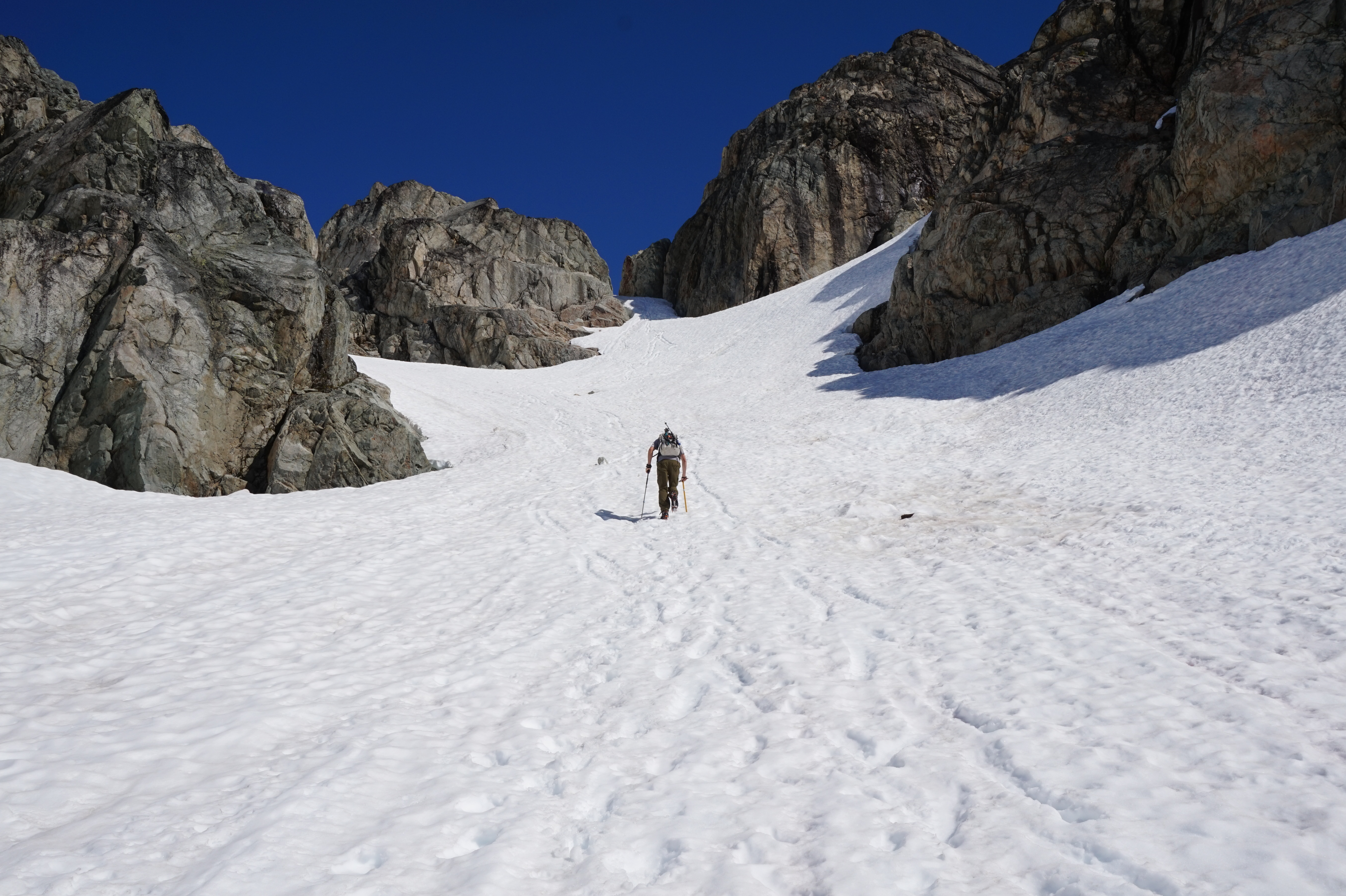 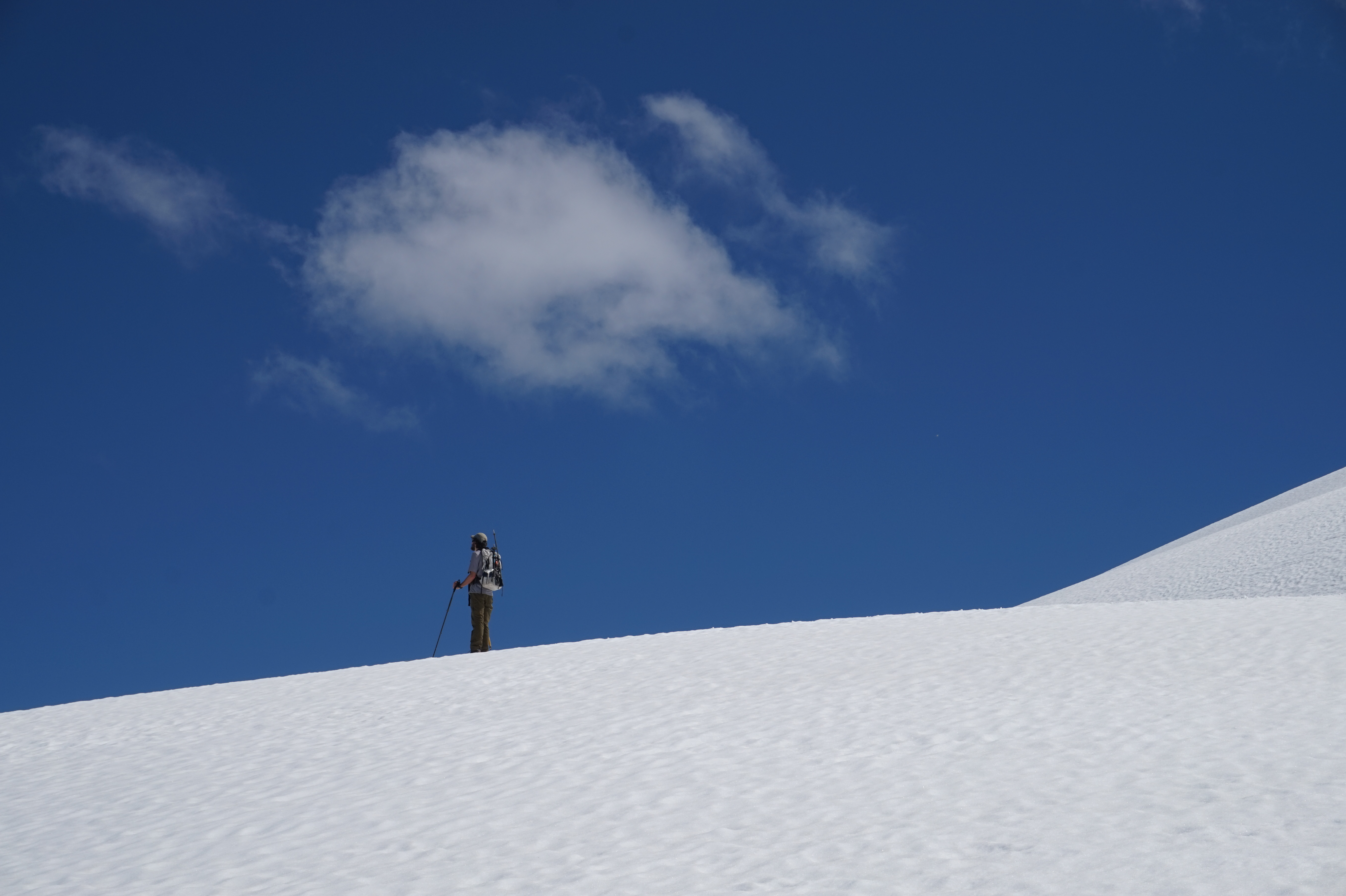 On the second day we left early and climbed up the central gully to the col between Cognac and Grand Marnier Peak. We skirted to the north of GM and climbed Pineau Peak easily. A very cool glacial lake stretched out below us. From there we headed east over all the high-points until we reached Brandywine Mountain and descended, with many glissades, the regular scramble route.